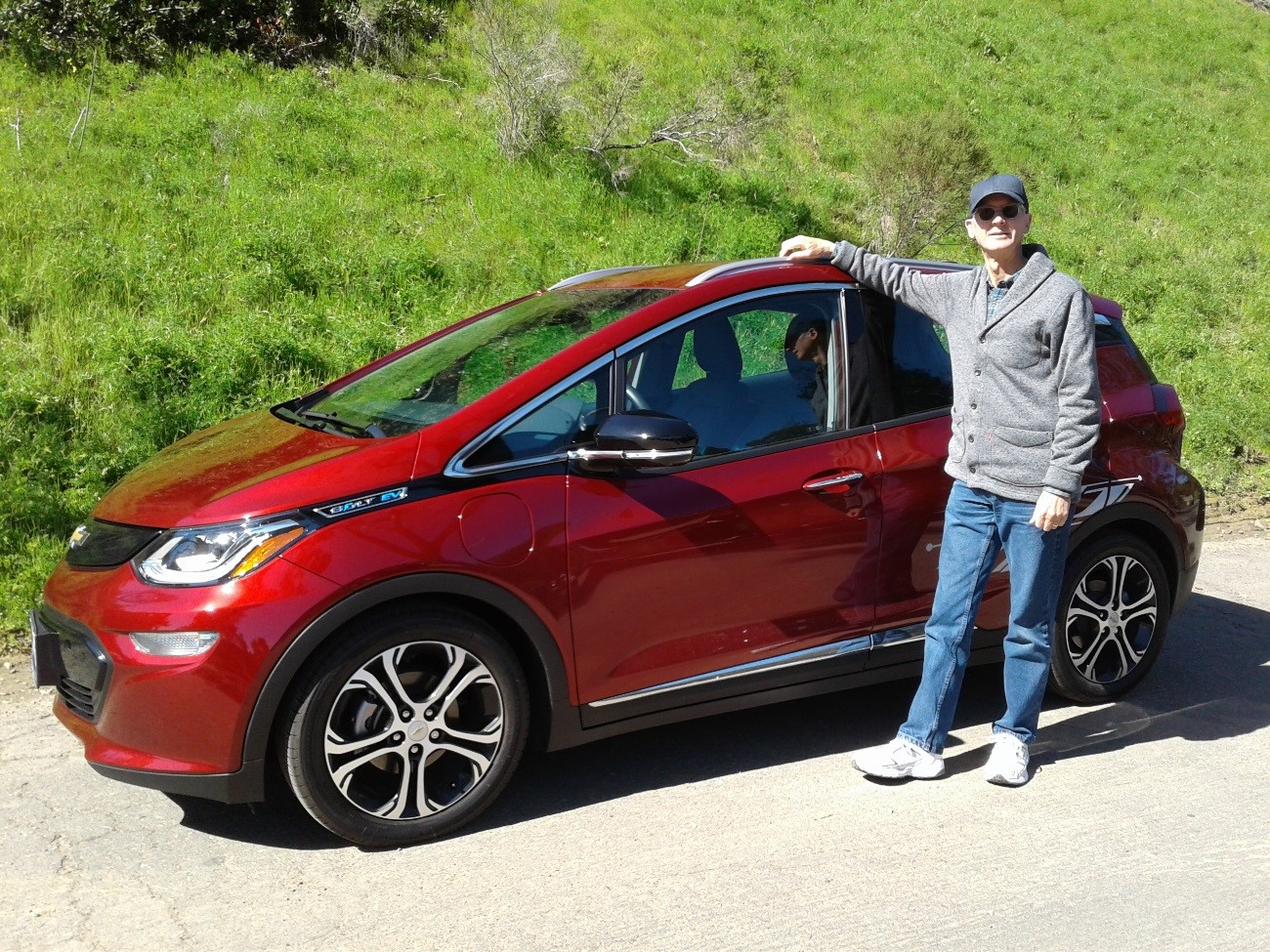 My wife and I made the solar plunge in 2015, installing 12 panels on our roof. They were enough to provide for our house and the used 2011 Nissan Leaf we'd purchased. For a while, life was good.

But then I began hearing about the Chevrolet Bolt. While the Leaf was nice to drive, its range was a tad limited (around 70 miles of usable distance, so planning was often part of our driving). The Bolt, listed at 235 miles, sounded otherworldly. And so, in March of 2017, we bought the Bolt – only the second new car I've purchased in my life.

The Bolt was everything I'd hoped it would be: I felt like a dog let off the leash. We drove it all over, including to the Getty Museum in LA a couple of times. After getting there, we still had half the battery left, so we could have made it back home on one charge. But the free electricity at the Getty (imagine anyone giving away gasoline at their installations) was too good to turn down. By the time we were ready to leave, the Bolt was brim-full again and we sped on home.

Last April, it was nice to type that $7,500 tax credit into our tax return – in addition to the $2,500 check California gave us, a couple of months after we bought the car. Oh, and then there is the annual CEC rebate, which was $500/car last year. Yeah, life was even better.

Fast forward to September, 2018: our other car is a 2013 Ford C-Max plug-in hybrid. It's fine, but as we increasingly acclimated to living on sunshine, those trips to the gas station, as infrequent as they were (a few times/year), began to gall. In addition, we were planning a trip to Tucson and we yearned to drive the Bolt over. Yes, it could be done, but there weren't any high voltage DC chargers along the way, or in Tucson, and that would make the 400 and some miles a fairly long trip.

At the time, I was under the impression that it wasn't possible to get a Tesla Model 3 before the end of the last year, which meant no $7,500 tax credit, but $3,250 instead. At lunch one day though, a friend told me that wasn't the case – Tesla had solved their manufacturing problems and I could get one in time. I went home and my wife and I discussed it, and then pulled up the Tesla Supercharger Network map. That was astonishing to us, and it meant that our trip to Tucson would be a breeze, as there were plenty of supercharger stations along the way, and in Tucson.

That afternoon we went to the Tesla store near us, talked with a rep, took a drive (and were SO impressed with the Autopilot) – and put down a deposit.

The car arrived at our house two weeks later. At first, my wife was hesitant about the car's novel ways: big screen in the center, the Autopilot, the lack of a start button, and so forth, so she said it would be my car. Cue the big sigh. Okay, I'll take it...

But then I began sending her videos about the car, how to drive it, what it can do, etc. Cue bigger sigh: it's now her car.

It wasn't long before another of those $2,500 checks showed up from the state, and we'll be taking another $7,500 off our taxes this spring. In addition, we put three more solar panels on our roof last year, and added a storage battery, so there's a bit more tax credit being piled on top of the Model 3's. Life is so good. Oh, and the trip to Tucson was smooth and simple, with Autopilot engaged 95% of the time, doing all the work.